Marc Van Gelder (Dutch, 1961) obtained an economics degree from Erasmus University in Rotterdam and got his MBA at Wharton School, University of Pennsylvania. He worked for Drexel Burnham Lambert in New York (1986-1988). After getting his MBA, he worked for McKinsey & Company (1990-1996) and held various positions at Koninklijke Ahold N.V. (1996-2004), one of which was CEO at Peapod in the US, after which he became CEO at Mediq N.V. (2005-2014). Currently Marc is Chairman of the board at Vastned N.V., Hans Anders N.V. and JPMorgan European Smaller Companies Trust plc. and supervisory Board Member of several companies - such as: Action. In addition, he is a trustee of several charitable organizations - such as: Diabetes Foundation (Chairman) and Royal Palace ‘Het Loo’. 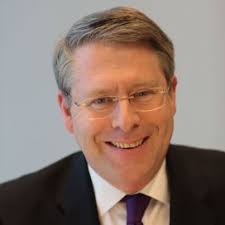